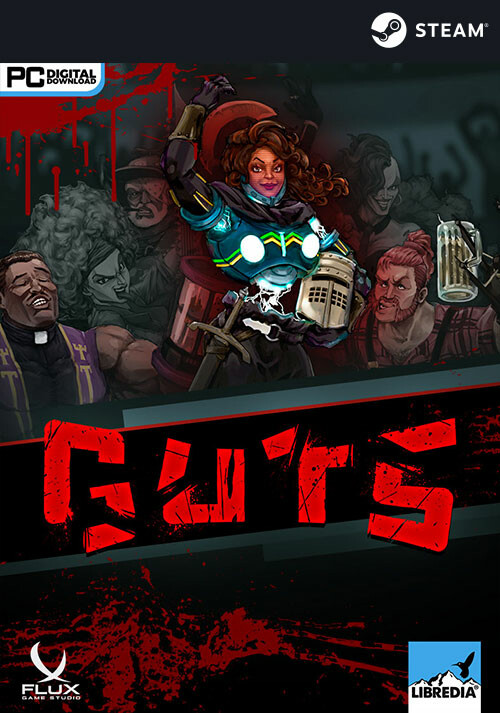 Add GUTS to your wishlist 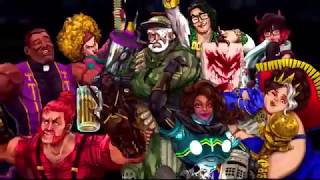 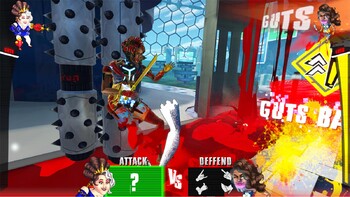 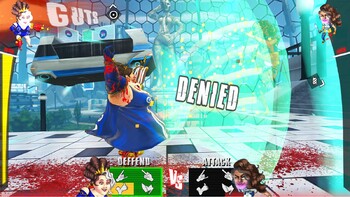 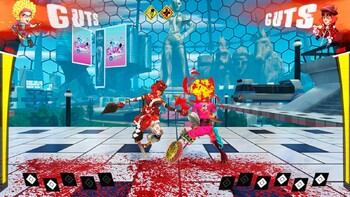 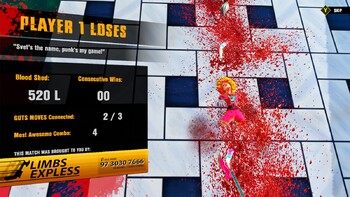 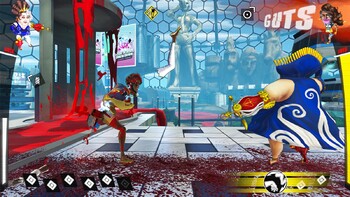 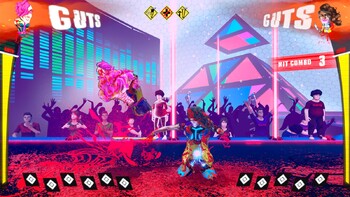 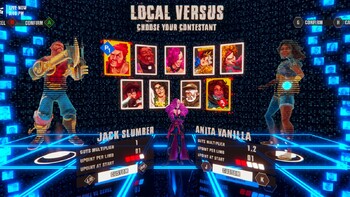 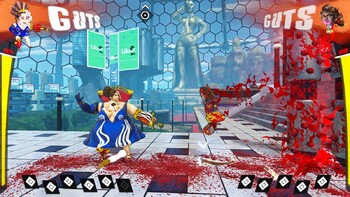 Buy GUTS as a Steam key at Gamesplanet.com

GUTS (Gory Ultimate Tournament Show) is a hilarious ultra-violent Tarantino-style over-the-top game where players must dismember each other by chopping off arms and legs. Lost a limb or two? Worry not, the fight continues even when there are just two little stumps, and it keeps going until one fighter emerges victorious after dismembering all the opponent’s four limbs and landing a final blow!

GUTS brings many innovations - concerning the other fighting games currently in the market. GUTS doesn’t have a Health Bar. Fighters must rip off their foes’ arms and legs and deliver a final dismembering blow to win. So it’s useless to keep kicking and punching your way around: you must dismember to win.

There are a few different ways to dismember: the main method are the GUTS Moves, special unblockable attacks that rip off a limb when they connect. The second way to dismember is another unique feature in GUTS: the Hazards, or Traps. Each stage has specific traps, with distinct behaviours, that dismember the fighters when they touch them.

Imagine a hyper consumerist society in 2067 where a scientist discovers that people who get exposed to high levels of violence on TV are healthy and peaceful. Violence on TV is allowed and fighters become the major celebrities in the world! Dismembering your oponents in a reality show doesn’t seem the most normal thing in the world, but try to imagine this violence mixed with an over the top humor.

Each one of the 9 characters has their own story and a reason to be at GUTS. Put a hell of a fitness father to fight against a pricess who is also the world's most popular Eating Sports Athlete and a true spokesperson for the Yummy Fatty eating trend and keep the audience and GUTS’ showrunner entertained, otherwise he can add some surprises to the fight, like disabling heal or defense moves! Everything is allowed to keep the show entertaining for the spectators and players!

Notes: With this setup, gameplay may run at an average 30 FPS and menus may present lower performance

To install and launch GUTS Demo, you need to have the Steam application installed. Is Steam installed on this computer?