Add Hardspace: Shipbreaker to your wishlist 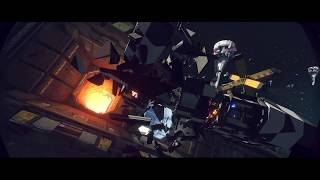 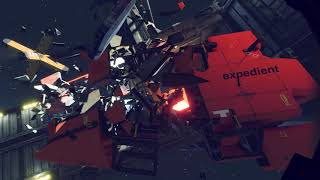 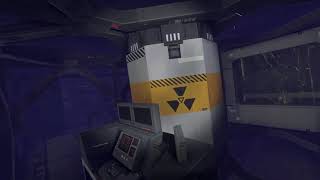 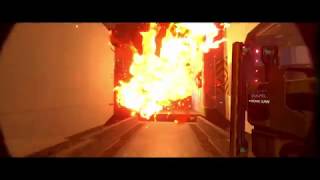 WHAT THE DEVELOPERS HAVE TO SAY:

Why Early Access?
“We’ve been working on Hardspace: Shipbreaker for many years already, but we know we’re just scratching the surface in terms of the potential and promise this new genre and style of game holds. We’re not even close to done in terms of features, gameplay ideas, storytelling, and much more – why not give the game the time it needs, in combination with community support?

On that note, we know there are an almost infinite number of options in terms of where we take this game, and which we do first. We want your help to determine that – what makes you most excited? What most needs fixed? Which major features should be next on the inclusion list? We’ll regularly be asking you these questions to drive development in the correct direction and making Hardspace: Shipbreaker the absolute best game it can be.”

Approximately how long will this game be in Early Access?
“We have a rough plan for a year of development beginning in Summer 2020. However, game development is a long, difficult, and massively fun process that can easily extend beyond plans once you involve the excellent ideas of a big community. We’ll decide down the line exactly how much game we consider to be the 1.0 version, but we’d rather stay in Early Access for as long as needed than come out early to hit an imaginary window we’ve set for ourselves.”

How is the full version planned to differ from the Early Access version?
“Here’s a brief rundown of our basic plans to expand on the above:

Will the game be priced differently during and after Early Access?
“As we add content to the game we will re-evaluate our pricing scheme – the timing and scale of such will depend on the rate of large updates and how much value we believe they bring to players.”

How are you planning on involving the Community in your development process?
“In every way possible! Between ourselves at Blackbird Interactive and publishers Focus Home Interactive, we’re well equipped to take feedback on Discord , forums , social media , and everywhere else you might want to contact us. This isn’t anyone’s first rodeo in game development, and we’re confident we’ll be able to communicate with you easily and regularly throughout. We’ll also be hosting regular livestreams, conducting AMAs, and other community initiatives as we head towards launch.

More specifically, we’ll be looking into the possibility of starting a ‘beta’ branch for testing and community feedback as we get deeper into development. As the community grows, we’ll determine the best places to gather feedback and decent timescales on which to develop and implement it. In the early days we’re most looking forward to simply seeing how people play the game and what the sticking points are.

We hope players will enjoy the game as much as we enjoy making it!”

Craft, Salvage and explore with Focus Home's upcoming simulation game Hardspace: Shipbreaker when it comes to Early Access on June 16th. Learn more about the game with a new Gameplay Over...

Experience daily life as a shipbreaker
Across your career, you’ll have the privilege of paying your debt to us by purchasing salvaging rights to increasingly large and valuable ships. Cut them open and extract as much value as possible!

Cutting-edge tools to salvage in challenging conditions
You are equipped with the latest in LYNX tech.Slice through material at any angle with your cutter.Carve entry points, cut off profitable materials or slice scrap metal into a million pieces as you ponder a lonely existence… the possibilities are endless! Be cautious – dying is extremely unprofitable.

New upgrades for living the cutter dream
We strongly advise upgrading your tools, helmet and suit to take on more lucrative contracts - all you need to worry about is how you’ll pay for it!