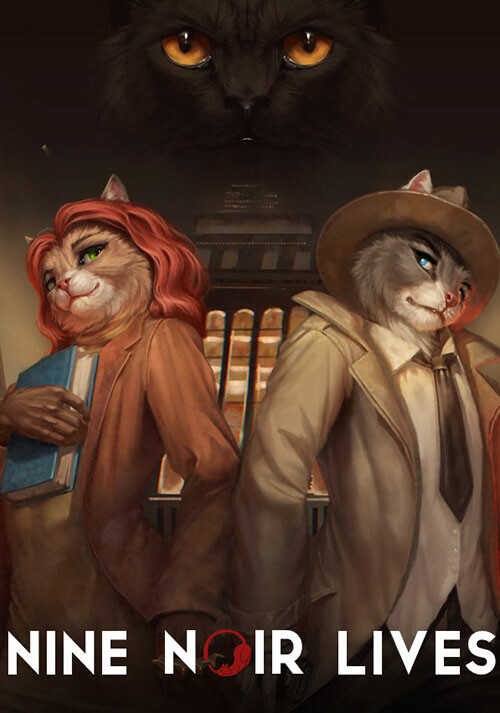 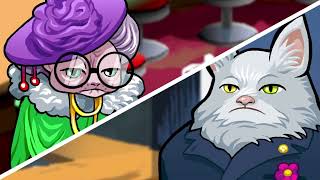 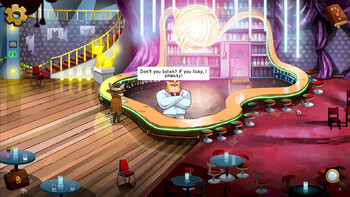 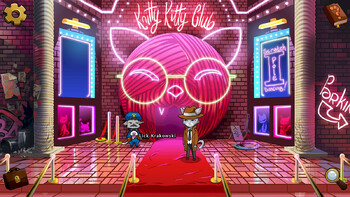 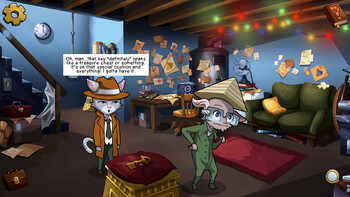 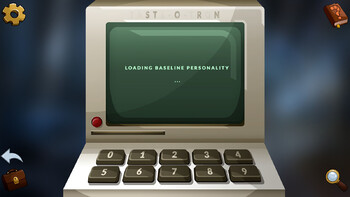 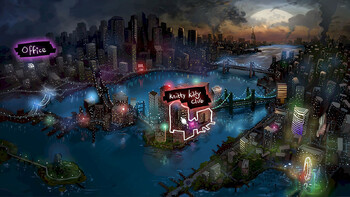 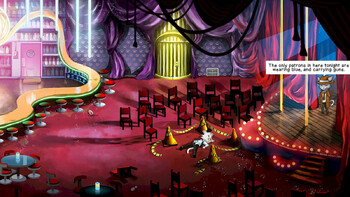 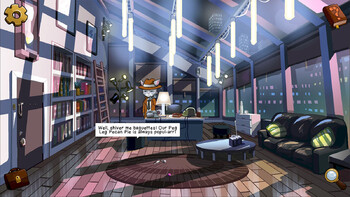 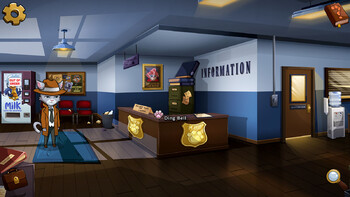 Buy Nine Noir Lives as a Steam key at Gamesplanet.com

"Wait - did you say the Knitty Kitty Club? Where all the criminals hang out?"
"Not all of them, Tabby. I’m sure some hang out in...uh, dark alleyways, and large empty warehouses down at the docks, and such."

Welcome to Meow Meow Furrington, capital city of cats, home of the world's biggest ball of yarn...and hotbed of crime. You are Cuddles Nutterbutter, feline private investigator and owner of two perfectly normal-sized paws, the doctor said so.

After agreeing to take on a last-minute case for the Chief of Police, you and your plucky assistant find yourselves investigating a murder that risks upsetting the careful balance between the city's two most powerful crime families: the Montameeuws and the Catulets.

Cuddles will need to use every skill he's learned - as well as his definitely-not-smaller-than-average paws - to poke, lick and talk his way through to the heart of the mystery...before some very dangerous cats decide to take matters into their own paws. Which, to clarify, are absolutely regular-sized.

Simple, Lighthearted Fun
Silvernode Studios is a two-man team, and Nine Noir Lives is our love-letter to point-and-click adventure games. We've been playing them for decades, and we love them - so we're making one. Combining our favourite elements of everything that came before, we hope to mix it up into something deeply entertaining.

While we've drawn on film noir for the story's inspiration, we're leaning much more towards the comedy side of "comedy-noir". Expect some serious topics, addressed seriously - but we don't want to burden the whole game down under the weight of unrelenting grittiness. We feel that there's enough of that in the world already.

Fun comes first, and we aim to be funny before all else, with comedy inspired by the likes of Taika Waititi. We strive for humour that anyone can appreciate, and writing that won't force you to mute your speakers when playing in public. So snuggle up with your favourite floofball and discover Nine Noir Lives!

"Nine Noir Lives reminds me of childhood Point & Click titles with a grown-up edge. The cat detective and his misadventures with his voice recorder held my attention the whole time...."

To install and launch Nine Noir Lives Demo, you need to have the Steam application installed. Is Steam installed on this computer?