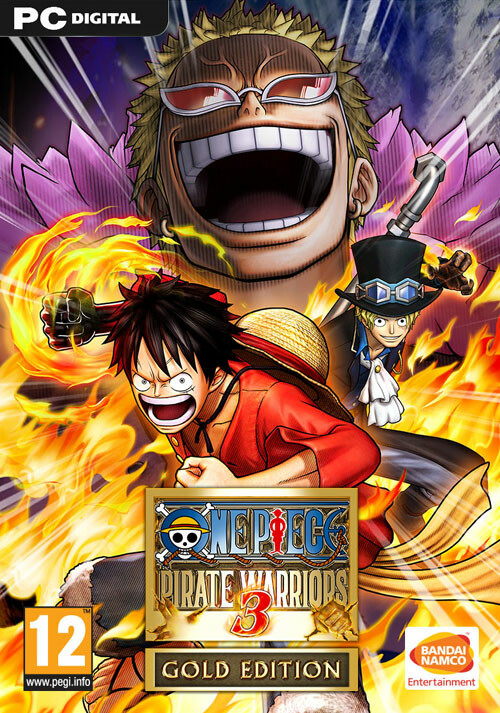 Add One Piece Pirate Warriors 3 Gold Edition to your wishlist

ADVENTURES OF LUFFY AND HIS STRAW HAT CREW ARE COMING TO PC!

Enjoy the original story of ONE PIECE from Fuschia village, where everything has started, to the kingdom of Dressrosa, a mysterious island dominated by the evil Donquixote.Doflamingo.

Will your resolution be strong enough to defeat the most dangerous pirates, including Doflamingo and many more?

Gather every member of the Straw Hat Crew, like in the original story, sail to the most emblematic places and enter the most epic battles: Marineford, Fish-Man Island, Punk Hazard and Dressrosa!

One Piece Pirate Warriors 3 brings you many exciting improved and new features, including:

"Even if you don't like One Piece then you should just be aware that this is a fantastic game in its own right – just as good as any mainline Warriors game – perhaps even better than..."

"A sprawling beat 'em up with great replayability and loads of content for both fans and newcomers. Don't let the messy camera put you off."

– Chris White, God is a Geek

"One Piece: Pirate Warriors 3 is very solid title. It's great fun, action packed and has a great storyline to go with it. Whether you are a fan of the anime or not, theres some..."