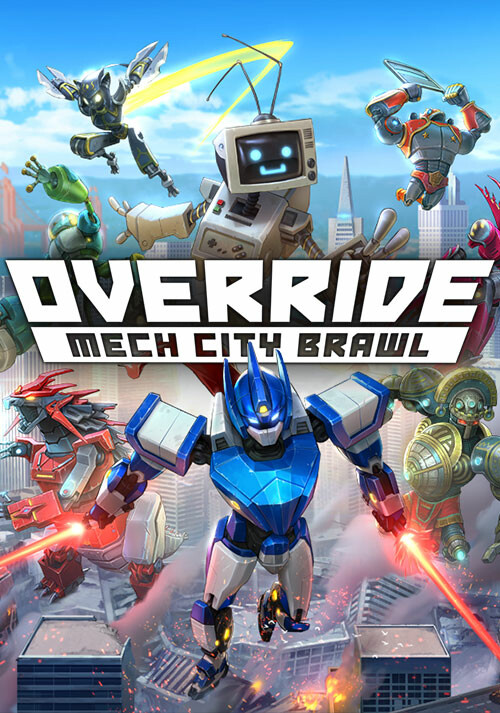 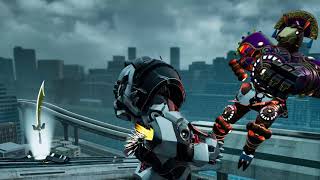 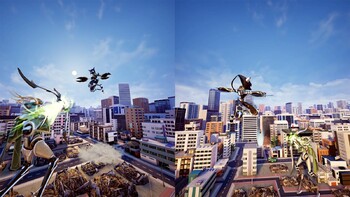 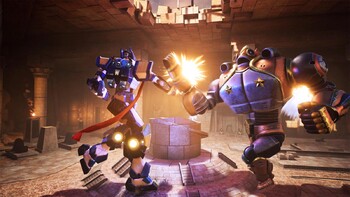 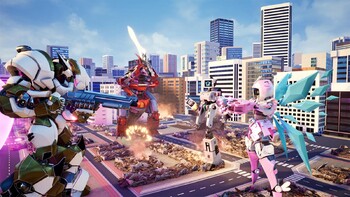 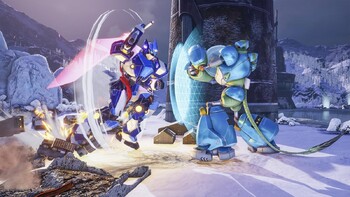 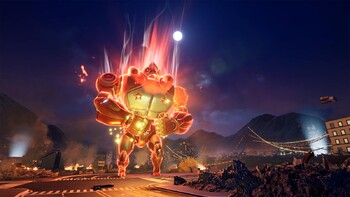 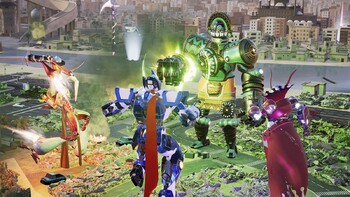 No gears, no glory! Control gigantic fighting robots and duke it out across fantastic cityscapes in this 3D mech-based brawler! Epic and explosive battles await with anime-inspired mechs in local and online versus game modes, party co-op with two to four players, and a single-player campaign.

Explosive Battles.
Take control of a gigantic mech and lay waste to entire cities as you fight other massive opponents.

Multiple Game Modes.
Challenge other players in local and online Versus & Co-Op modes and experience Override’s story in a single-player campaign.

Party Co-op.
Gather 2 to 4 friends to engage in party co-op where each player is responsible for one part of a towering mech!

The Garage.
Customize your mechs in the Garage, changing their accessories and skins to create your own unique style.