Add Song of Farca to your wishlist

Videos and Screenshots Song of Farca 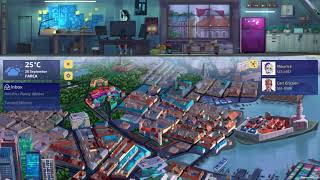 Description of Song of Farca

Buy Song of Farca as a Steam key at Gamesplanet.com

Corporations and criminal gangs have carved Farca city up into zones of influence, and there's nothing the corrupt government can do about it.

The police and the state do nothing, leaving residents no choice but to turn to private investigators. A hacker PI Isabella Song may be under house arrest, but that won't stop her from uncovering crimes that the police have turned a blind eye to due to pressure from the mafia.

Problems with Song of Farca?

To install and launch Song of Farca Demo, you need to have the Steam application installed. Is Steam installed on this computer?