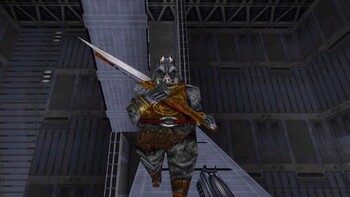 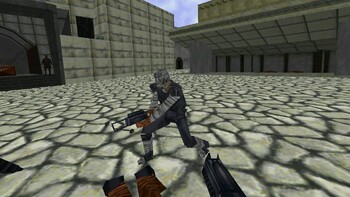 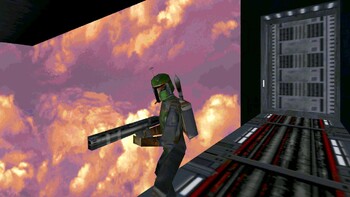 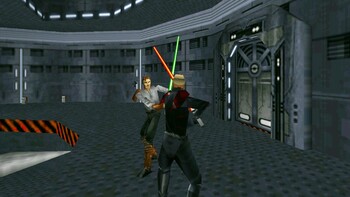 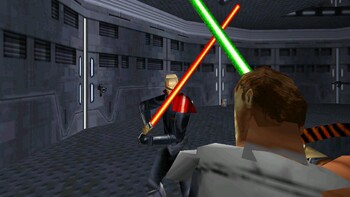 Dark Forces™ set the industry standard for first person action in the Star Wars® universe. Now Jedi Knight: Dark Forces II picks up where the award-winning game left off...with even more features and firepower in dazzling 3D graphics. As Kyle Katarn, you must acquire the lightsaber and learn the ways of the Force to become a Jedi Knight. Confront old foes... Greedo, Boosk, stormtroopers. And new enemies... seven dark Jedi who plan to harness the power of an ancient burial ground for unsurpassed evil. But take heart, your 10 weapon arsenal and over 12 Force powers make you a force to be reckoned with.

If you choose the light side:

Or be tempted by the dark side:

LucasArts, the LucasArts logo, STAR WARS and related properties are trademarks in the United States and/or in other countries of Lucasfilm Ltd. and/or its affiliates. © 1997-2009 Lucasfilm Entertainment Company Ltd. or Lucasfilm Ltd. All rights reserved.