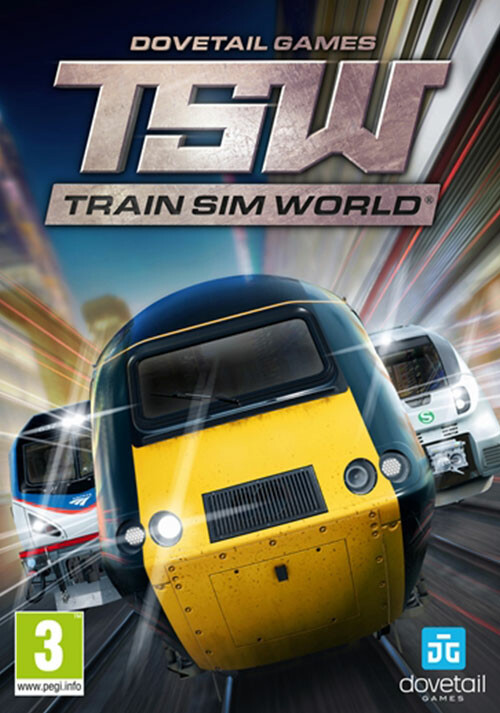 Train Sim World is a First-Person Train Simulator that brings to life the experience of operating powerful and realistic trains on some of the World’s most amazing railways. Using real world data to accurately replicate the performance, sounds and feel of real trains, drive real world inspired missions, run 24-hour timetables, relax as a passenger or watch trains go by, the possibilities are endless. Whether you're a beginner or a seasoned expert, Train Sim World caters for all abilities.

Train Sim World®: Northeast Corridor New York brings to life the experience of driving passenger and freight trains on the Northeast Corridor in New York. Transport passengers in the state-of-the-art Amtrak ACS-64 and serve the city in the CSX GP38-2 freight locomotive in and around New York.

Go to work as an engineer on one of America’s most famous railroads. Navigating the busy Northeast Corridor will require you to master the rail network and the functions and systems of your trains as well as navigating the numerous stations and sprawling yards. With impatient passengers to transport on-time and freight to deliver, your skill, focus and endurance will be tested to the limit!

Train Sim World®: Great Western Express brings to life the experience of driving high speed and commuter passenger trains on one of Britain’s busiest railways. Take control of the iconic Great Western Railways HST and command it to 125mph along the Great Western Main Line out of London's Paddington Main Line Station.

You’ve been invited to work for Great Western Railway as a driver on one of Britain’s busiest railways. With a timetable to keep and thousands of passengers to transport on-time, your skill, focus and endurance will be tested to the limit. Departing the busy London Paddington terminus, you'll have to negotiate the intense traffic and adverse signals, keeping to rule and your nerve.

Train Sim World®: Rapid Transit brings to life the experience of driving rapid transit commuter passenger trains on one of Germany’s most popular S-Bahn railways. Take control of the sleek DB BR 1442 ‘Talent 2’ and transport passengers along the S-Bahn S2-Line through the historic and picturesque city of Leipzig.

You’ve been invited to work for Deutsche Bahn as a driver on one of Germany’s distinctive S-Bahn railways. Navigating the busy S-Bahn will require you to master the layout of the route and the functions and systems of your train as well as Deutsche Bahn’s unique signalling system. With thousands of passengers to transport on-time, your skill, focus and endurance will be tested to the limit!