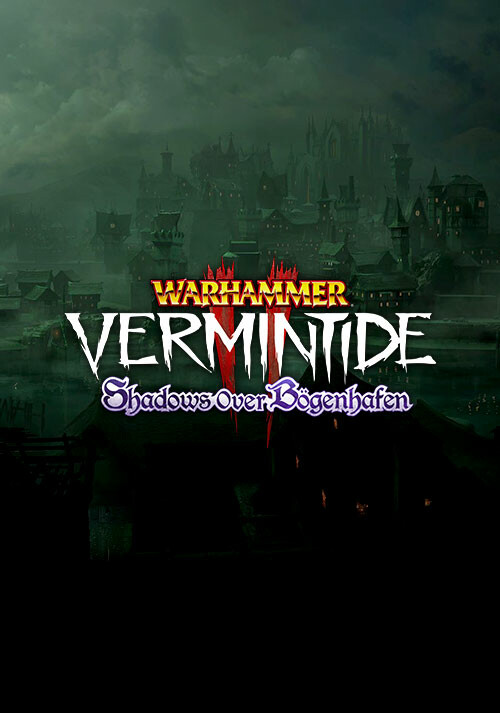 Add Warhammer: Vermintide 2 - Shadows Over Bögenhafen to your wishlist

Warhammer: Vermintide 2 next DLC will take us to Ubersreik

Prasied be Sigmar! Once again we venture out to purge the streets of Ubersreik. Veterans of Warhammer: Vermintide know what I'm talking about. Developer Fatshark decided to bring back three cooperative levels from the game's prequel and packed them in new, upcoming DLC. These are not 1:1 conversions of the old levels. Fatshark promises them to be "bigger, better and...

Buy Warhammer: Vermintide 2 - Shadows Over Bögenhafen as a Steam Key.

“The Dark Gods reach out for Bögenhafen. We shall see that they are thwarted.”

The Blightreaper has come to Bögenhafen. A legendary Chaos runesword that has brought death and decay to the mercantile city - if Bögenhafen is to be saved, the Blightreaper must be seized and unmade... if such a task is even possible.

Shadows Over Bögenhafen brings new content to Vermintide 2 with the impending destruction of the city of Bögenhafen. The heroes are tasked with investigating the source of the Nurgle infestation slowly consuming the city - starting in the disease-ridden slums The Pit and across the river in the Göttenplatz district.

Note:
The Shadows Over Bögenhafen levels are free to play in Quickplay. When you purchase the DLC you will be able to create custom games and get access to all new quests, challenges and cosmetics.