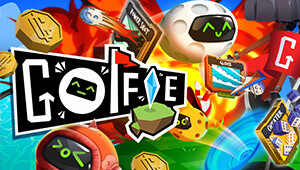 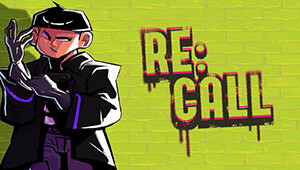 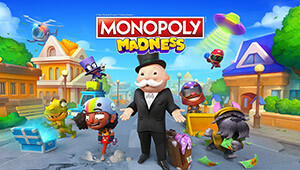 All Arcade & Indie Games at Gamesplanet.com

The little brother Acora is anything but little, dripping with an edgy style and even edgier attitude. With grayish-green skin and tribal skin art, Little Acora will pack a punch if needed! Little Acora also comes with a Sneaky Acora furniture trophy item that can be displayed in your home for all to see.

The village of Eville is looking extra, er... suspicious lately, wouldn't you say? What sinister secret could our new... neighbor... be hiding? Play as Mr. Peterson from the popular Hello Neighbor franchise in the village of Eville for a dastardly good time!

Set sail for a tropical vacay on Surf Island – and discover fierce fashion dolls, characters, stickers and local multiplayer fun only found in this colorful paradise!

Bibots is a top-down shooter rogue lite set in a futuristic world. Play as Tayar, an explorer in control of a nervy robot and clear rooms filled with monsters, powers and secrets to unveil. Die, try and repeat until you face your world’s final threat.

Lord of Rigel is a turn-based 4X space strategy game. In a galaxy divided by two elder races, unite with other species or forge your own path alone. Navigate galactic council politics and defeat grand menaces while utilizing espionage, research, and military force. How will you shape the galaxy?

The Dungeon Of Naheulbeuk - Back To The Futon

The adventure continues in The Dungeon of Naheulbeuk with this new DLC!

Keep the wild and crazy party going with House Party’s first-ever expansion pack — featuring award-winning music star Doja Cat! This DLC adds hours of fun new content and branching stories to the House Party game's Original Story centering around and fully voice-acted by Doja Cat herself, as well as brand new content for all of the other House Party characters!

No track is too big, no racer too small! The PAW Patrol are on their fastest mission yet – To win the Pup Cup! Race around iconic locations including Adventure Bay, Jake’s Snowboarding Resort and The Jungle in this 4-player-championship to find out who will be crowned the winner.

Push the limits of your combat skills, and master new abilities to progress through an unforgiving nonlinear 2D world. Face off against the relentless darkness that seeks to destroy you. In Moonscars, every death is a lesson learnt—and as you overcome each challenge, new truths will be revealed.

Mine for resources, choose from powerful upgrade paths and fend off waves of alien attackers in this innovative roguelike mining action game. There's just enough time to mine a little deeper, find a little more and get back to defend before the next wave attacks your dome.

Mine for resources, choose from powerful upgrade paths and fend off waves of alien attackers in this innovative roguelike mining action game. There's just enough time to mine a little deeper, find a little more and get back to defend before the next wave attacks your dome.

The Fridge is Red

What is inside the Red Fridge? Collection of six episodes of psychological analog horror. Tour through liminal spaces filled with surreal events and uncanny strangers. Inspired by retro horrors of the PSX era.

Kredolis is a first-person puzzle adventure game on a beautiful island with puzzles and contraptions that will take you on a mystical journey. Power up the machines and scientific stations abandoned by the institute and solve the mysterious enigmas of the Atlanteans

Transform the Marble ball with metal, electric and lighter-than-air properties to solve 3D puzzles based on real-world physics in the quickest time. More than 30 challenging levels!

Spiders with laser swords! Duel to the death against your friends or choose to team up and hold back swarms of savage enemies. Swing, stab and shoot with style, effortlessly performing movie-worthy parkour.

Serial Cleaners is a top-down stealth-action game, where you get to experience being a murder scene cleaner for the mob in 1990s New York. Alternate between four cleaners, each with their own unique style, and live their stories.

Join Kunio, Riki, Misako, and Kyoko for bone-crunching, 16-bit, co-op beat-'em-up action - newly translated and released outside of Japan after 28 years! The original 1994 graphics, soundtrack, and gameplay are augmented with new motion-comic cutscenes, a new animated intro, and new music!