Ubisoft is giving the first episode of The Fate of Atlantis DLC away to all players for free until September 2nd. Save on the game and Season Pass with Gamesplanet discounts!

Take on the underworld as Ubisoft are giving players the chance to get the first episode of The Fate of Atlantis DLC for free until September 2nd. This DLC will be completely free to all players of the game and is yours to keep forever (after claiming). Don't own the game yet? Save with our weekly discounts on the game and (for the first time ever) a discount on the Season Pass! 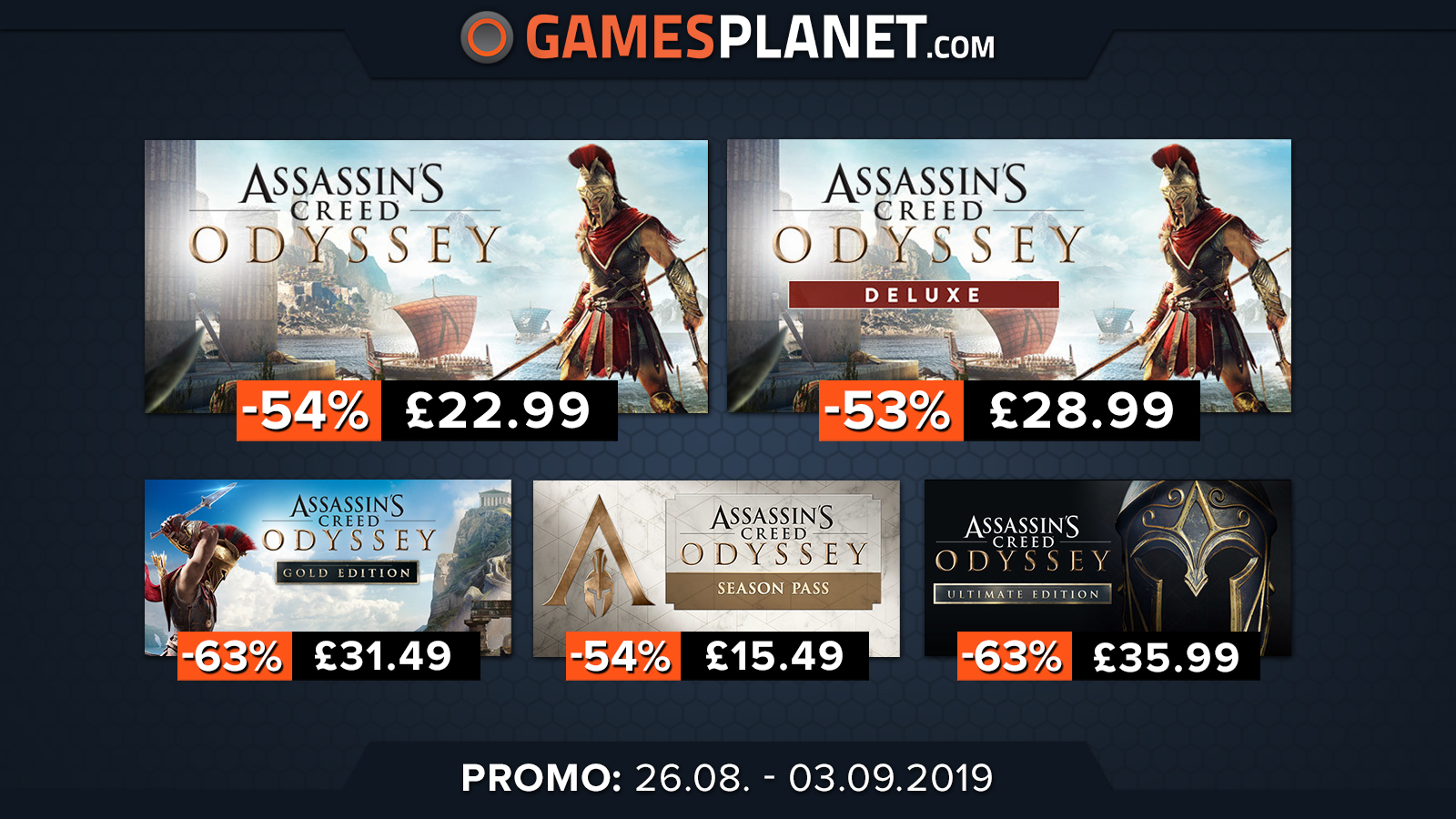 If you already have the game you can grab the the season pass which is down to a low £15.49 (-54%) as part of our Promotion! Should you own the Gold Edition or Ultimate Edition, these will also include the Season Pass. The Season Pass contains The Legacy of the First Blade Story Arc, The Fate of Altantis Story Arc and Assassin's Creed III Remastered.

How to unlock The Fate of Atlantis Episode 1 DLC for Free!

Episode 1 of the 2nd DLC "The Fate of Atlantis" is available for free to all owners of Assassin's Creed Odyssey, and can be claimed between August 26th 11am BST until September 2nd 2019 at 11pm BST.

Note: This method will skip content and may spoil the story for the main game.

In the first episode of The Fate of Atlantis, players will travel to the Greek afterlife as they go on a new journey filled with gods and mythical creatures.