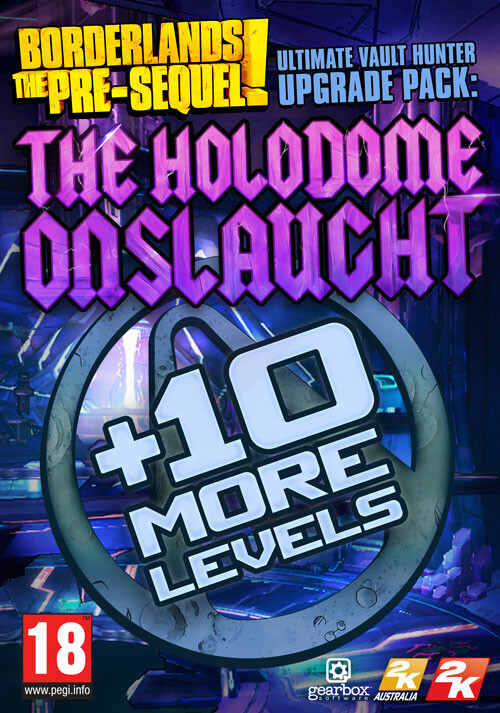 DLC info: This additional content requires Borderlands: The Pre-Sequel in order to play.

With all new narrative content, this add-on begins as Vault Hunters Axton and Gaige catch up on the story thus far via The Holodome Onslaught, a new challenge arena that lets players fight through wave after wave of exciting enemies and bosses. While the veteran Vault Hunters join the rest of the crew at Crimson Raiders HQ and learn of recent events, players will face off against some of the game’s most memorable badasses to earn awesome, new weapons and gear along with radical new heads and skins!

As bonus content, this download also includes the Ultimate Vault Hunter Upgrade Pack, which raises the level cap and gives your characters 10 new levels plus 10 new skill points to earn!

ReefTV Borderlands The Pre-Sequel \\ The Review

ZephyrMantis Borderlands: The Pre-Sequel! PC Gameplay *HD* 1080P ...
Want to see your Let’s Play at Gamesplanet?
All Let's Play info is one click away