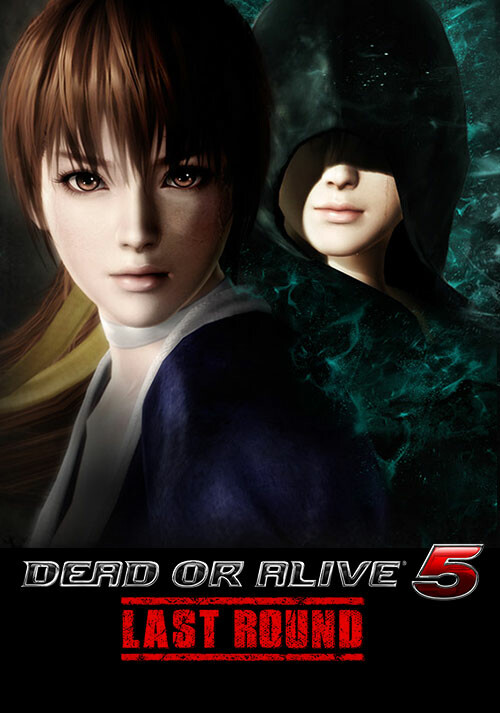 Videos and Screenshots Dead or Alive 5 Last Round - Full Game

Description of Dead or Alive 5 Last Round - Full Game

Buy Dead or Alive 5 Last Round - Full Game as a Steam Key.

The final word in fighting entertainment - DEAD OR ALIVE 5 Last Round!

Fights in Dead or Alive are based on a triangle system: strikes beat throws, throws beat holds, and holds beat strikes. When you land an attack of one type that beats another type, like landing a strike when an opponent tries to throw, that attack becomes a Hi Counter attack and does even more damage.

Dead or Alive fights are more than just strikes and throws. You have to know how to use holds too. Right when your opponent throws a strike, do a hold to deflect it and attack them back for a lot of damage in one move.

These are special regions found in most stages that cause heavy damage when a fighter gets knocked into them. Danger Zones can range from basic walls to blockbuster explosions and careening cars. Some stages also have Danger Zones within the floors as well.

Two fighters battle it out as the walls around them crumble, generators explode, and entire buildings collapse beneath their feet! In Dead or Alive, you don’t just watch the blockbuster action, you cause it. Use the new Power Blow move to knock your opponent into the series’ signature Danger Zones to cause major damage and mayhem!

Some stages have separate upper and lower levels. You can knock an opponent over the edge, but if your opponent grabs onto the stage at the last second, there will be a playable action sequence between you: the Cliffhanger. If successful with the attack, you will inflict even more damage on your opponent.

This is a powerful move that lets you set a direction to blow your opponent away. Once the Power Blow hits, aim the camera left or right with the directional buttons/directional pad, then send your opponent flying! Do you knock them into a Danger Zone for certain damage, or do you send them off a cliff to try for even more damage - and risk doing none?

By landing specific moves, you can put the enemy into a Critical Stun state. Characters in this state are unable to block, but can still perform holds. Watch your opponent's movements carefully and follow up your attacks while avoiding their holds.

If you strike your opponent while they are in a Critical Stun state, you can prolong the amount of time they remain stunned. Although you can attack with various moves, there is a limit to the damage that can be inflicted by Critical Combos. Once that limit is reached, you will not be able to land any additional attacks.

If you land a specific strike that takes you over the damage limit of a Critical Combo, then you can cause a Critical Burst. This will leave your opponent completely defenseless, so it's the perfect chance to land juggling combos, Power Blows and other high-impact moves.

In addition to the View Move List option within the Pause Menu that shows you how to perform each of the regular moves, you can also refer to the handy on-screen Move List during battles. Additionally, you can check things like damage inflicted and frame data via Move Details.

Within Watch Mode, not only can you watch matches between computer-controlled opponents or replays of your own matches, but you can also take photographs during the match from a position and angle of your choosing with a fully controllable camera. Photographs you take can be viewed later in the Album Mode.

"Dead or Alive: Last Round doesn't have the contortionist special moves required to master its Street Fighter rival, making this the more immediately accessible game by some margin...."

"Though the novelty has worn off, the action-packed battles remain among the most enjoyable and accessible in the fighting scene"

"I'm glad to have it on next-gen, but there are quite a few issues to be ironed out. With the amount of support Tecmo has given this game with DLC and the optional F2P version, I'm..."

Problems with Dead or Alive 5 Last Round - Full Game?