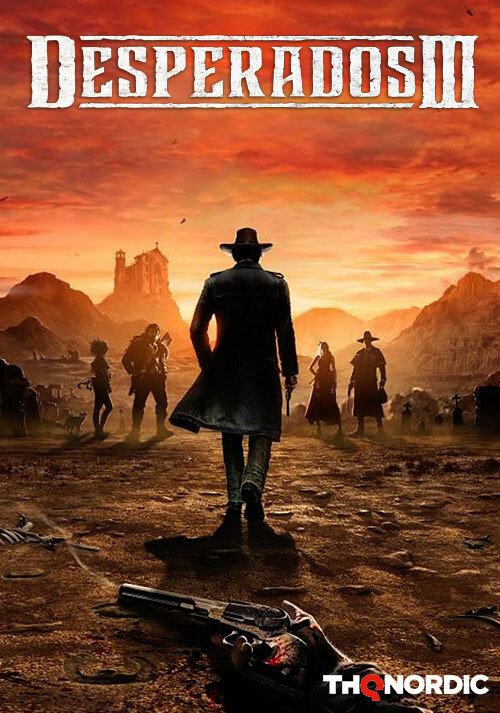 Add Desperados III to your wishlist

You take control of a ragtag band becoming a highly functional group of unlikely heroes and heroines. The very different strong personalities struggle to cooperate at first, but ultimately join forces to combine their distinctive specialties and challenge a seemingly superior foe. Hunted by ruthless bandits and corrupt lawmen, the Desperados III need to turn the tables with every mission.

On an epic journey through 1870s USA and Mexico, the team will face incredibly difficult odds and must outsmart vastly outnumbering gangs. On their mission to track down a nemesis whilst derailing a relentless corporate tycoon, the five distinctive characters use a wide array of skills to infiltrate, spy, sabotage, elude, steal, abduct, deviate, assassinate, blow stuff up… and as a last resort: shoot 'em down.

Combine your specialists to overcome tough challenges in many different ways. Plan your moves wisely and execute them perfectly in real time to sneak past your enemies while remaining undetected.