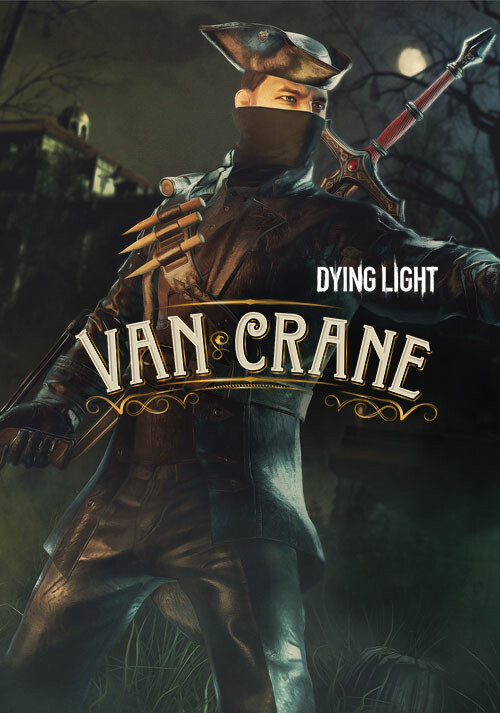 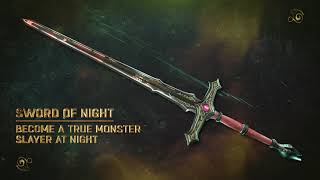 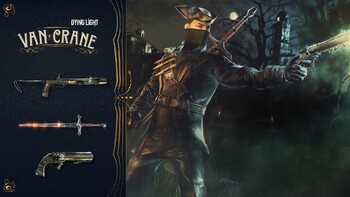 Though most seek shelter as the All-Hallows Eve arrives, you fear no monster, no creature of the night. For you are Van Crane, the slayer of horrors, and Halloween is but a feast to you. Your outfit, enchanted with blood, allows you to call any thrown weapon back to you. So take zombies by surprise, and cut off their heads when they least expect it. That’s what you’re known for anyway.

With a set of these day and night weapons, you’ll be the end of the undead. As soon as you reach for the Dawnlight, your deadly pistol, they’ll know the hunt has begun. Find a good spot to make sure you have time to load it with your silver bullet, and obliterate even the strongest monster with a single shot. Then, roll from behind the corner, and vanquish what’s left with your crossbow, the Heart Piercer - showing its true potential just when the sun sets. And if you some ungodly creatures are still trying to escape their fate, purge them with your Sword of Night, which draws its power directly from the Moon. The streets of Harran must be cleansed, and you, Van Crane, have sworn to never rest until it’s done.