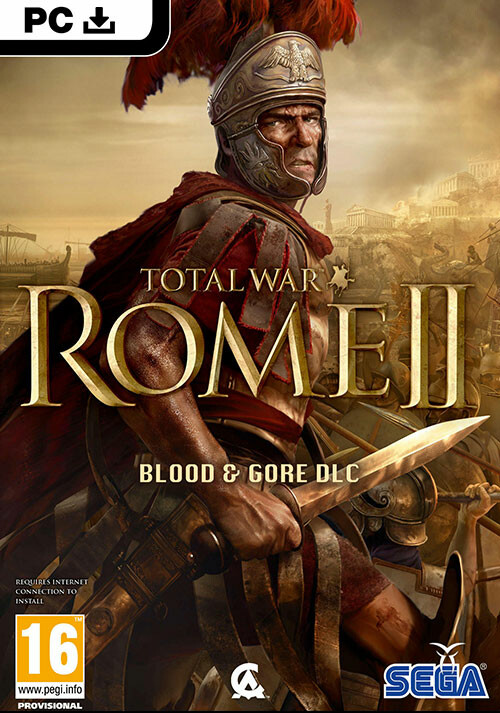 Blood & Gore brings the savagery of front-line combat to viscera-splattering life with decapitations, dismemberment and devastating impalements. Featuring hundreds of gruesome animations that play out in combat between multiple different unit types, the massed battles of Total War: ROME II will never be the same again.

Additional Minimum System Requirement:
Note that the Unit Detail option in the graphics setting menu must be set to Medium or above in order for dismemberment effects to be seen. Blood effects will display at all settings.