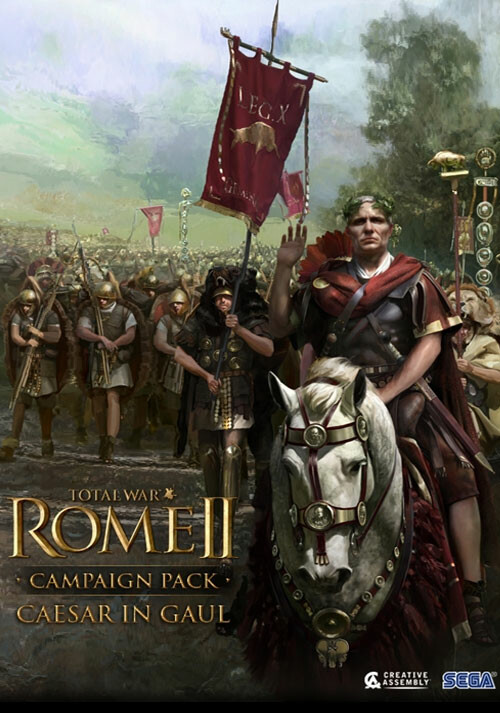 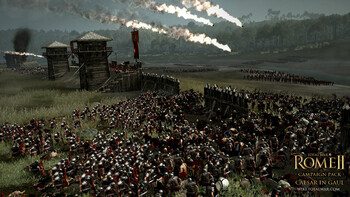 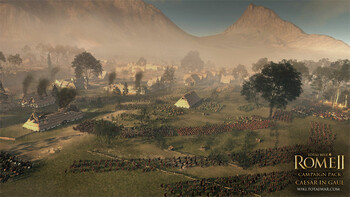 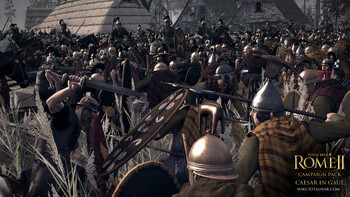 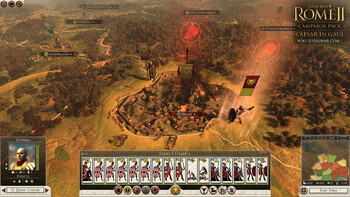 Caesar in Gaul is a standalone campaign pack for Total War: ROME II covering Julius Caesar’s war of expansion against the Gaulish tribes. Players can choose from four playable factions in this conflict: the Gallic Arverni, the Germanic Suebi, the Belgic Nervii and Rome, in a campaign inspired by Caesar’s Commentarii de bello Gallico (Commentaries on the Gallic war).

Offering a tighter scope in terms of time and geography than Rome II (58-51BC), the Caesar in Gaul Campaign Map is an expanded, more detailed vision of Gaul and the south coast of Britannia.

Compared with ROME II’s map of Gaul, Caesar in Gaul contains more regions and provinces, more factions (both playable and non-playable), and a series of famous generals and statesmen from history which the player will employ or fight against depending on their chosen faction.

A war of great profit and glory for Caesar, this conflict made him extremely popular with the people of Rome… though less so with the senators, who saw him gathering power to himself in a series of events that ultimately lead to his ascension to Emperor.