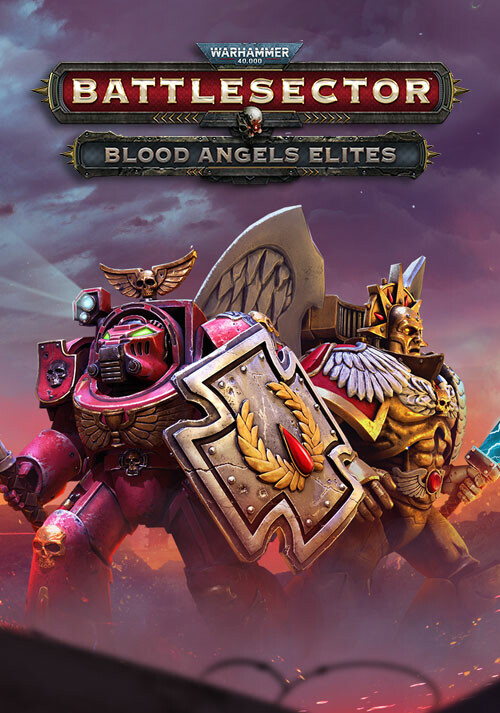 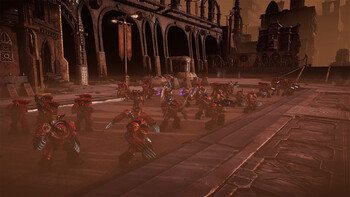 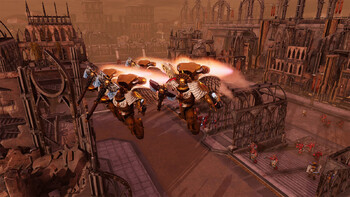 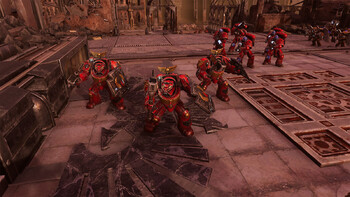 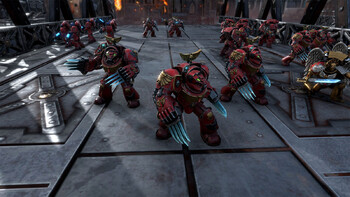 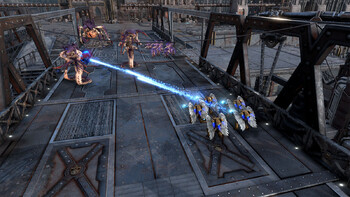 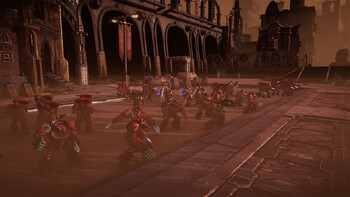 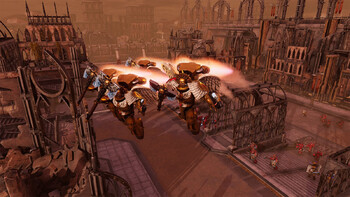 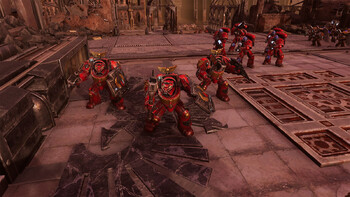 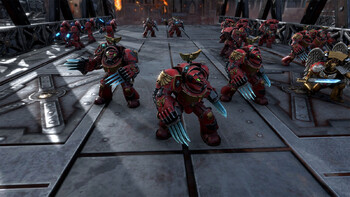 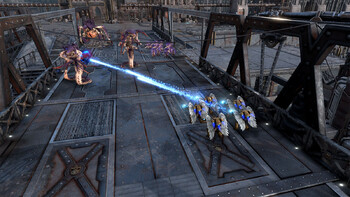 Two new elite units join the Blood Angels in their fight for the liberation of Baal Secundus: the Assault Terminators and the Sanguinary Guard.

Assault Terminators
Assault Terminators bear the most highly prized artefacts of the Blood Angels Armoury. Each suit of Terminator armour is a masterfully crafted machine of war, with thousands of battles worth of wear and tear. These honoured relics are bestowed upon the elite warriors of the 1st Company, and their missions are always to spearhead the most difficult and dangerous assaults.

Assault Terminators have a choice of devastating melee weaponry to choose from, and can use their Deep Strike ability to pick and eliminate high value targets. Lightning Claws help to claw out swarms of gaunts, while the Thunder Hammer and Storm Shield combo upgrades the Terminators into monstrous hunters that can withstand the most punishing of assaults.

The Sanguinary Guard have a wide range of utility, including ornate Jump Packs that help them across the battlefield, and an armoury's worth of wargear options. Wrist-mounted Angelus Boltguns and Inferno Pistols can stop enemy assaults in their tracks, while Encarmine Swords and Axes can cut through even the toughest of xenos armour. Additionally, the Heirs of Azkaellon ability lets the Sanguinary Guard strike with superior precision and fury, the power of which is boosted when the Guard is adjacent to their HQ Commander.

With this DLC the Assault Terminators and Sanguinary Guard can be added to your army in the Age of Crimson Dawn single player story campaign, and your single-player skirmish and multiplayer armies.