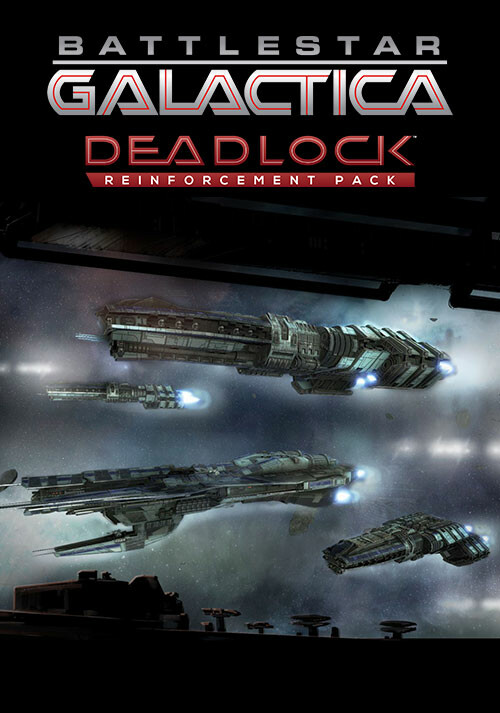 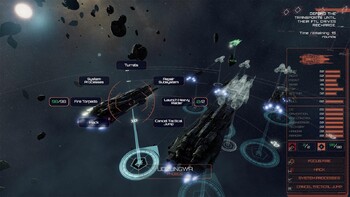 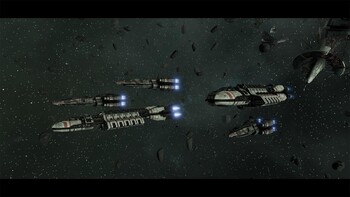 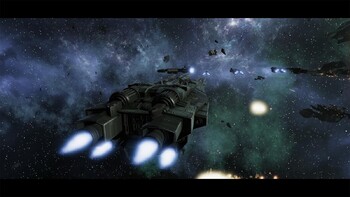 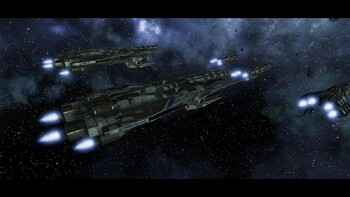 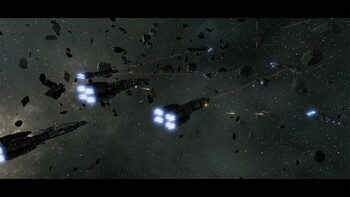 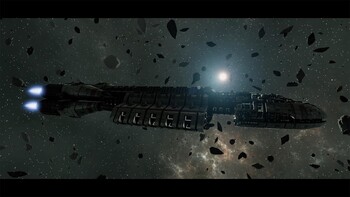 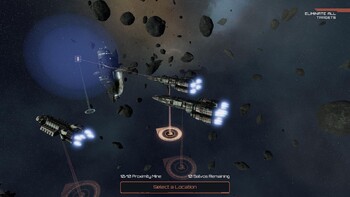 War rages in the quaternary system of Cyrannus. It all started with a devastating surprise Cylon attack, and the Twelve Colonies recoiled. But the Colonials struck back with all they had. Years of war followed, years of sacrifice, heroism and massive bloodshed. Victory is still beyond the grasp of each side. Both the Cylons and the Colonials develop powerful new weapons and ships in an attempt to break this deadlock. New weapons and new strategies can turn the tide. He who wants to survive will need to learn. It is the way of war, there is no other option. Adapt or die.

Berzerk (Colonial) – A pocket-sized Assault Carrier, the Berzerk class carrier brings additional heavy artillery to the Colonial ranks and is an effective force multiplier in Colonial Fleet strike groups. The carrier is not designed to survive prolonged engagements by itself. However, when attached to a Battlestar fleet or strike group, it provides powerful complementary firepower and squadron support.

Janus (Colonial) – A Heavy Cruiser, with high staying power and heavy armor plating. A really tough ship for heavy firepower battles. The Janus heavy cruiser is an old Gemenese ship, made popular during the later stages of the imperial wars between Virgon and Leonis. Heavy armor playing provides it with enough staying power to remain relevant in modern warfare, although its older fire control systems are considered outdated compared to more modern cruisers.

Phobos (Cylon) – A High Impact Tech Cruiser specialized in Hacking; it possesses the unique ability to perform high-accuracy, short-range Tactical FTL Jumps mid-battle! The Phobos class tech cruiser has highly sophisticated DRADIS systems integrated into its FTL drives, allowing it to make tactical-range jumps while engaged with the enemy. An array of missile tubes, a forward-facing hangar and a powerful electronic warfare suite rounds out this high threat cruiser.

Cerastes (Cylon) – A Defensive Gunship, this small and fast vessel was created as a response to the rapid escalation of Colonial Viper design. The Cerastes is fitted with high RoF point-defence turrets similar to those found on the flightpods of Battlestars, and specialises in softening hostile fighter squadrons.

Proximity mine – Standard proximity munition, DRADIS IFF and occlusion sensors determine when a hostile unit breaches proximity, at which point the munition releases an explosive shrapnel payload, damaging all ships within the blast area. EMP mine – Colonial Fleet’s attempt at brute-forcing an advantage in electronic warfare. These mines release an EMP pulse when an enemy IFF comes within proximity. It does high subsystem damage to all ships in pulse range, but no physical damage. Homing Cluster mine – Cylon smart proxy mines use a combination of DRADIS and guidance systems to lock onto any hostile ship that comes within range of its detectors. The mine then uses reactive control jets to propel itself towards its target. The mine detonates on impact causing substantial damage.