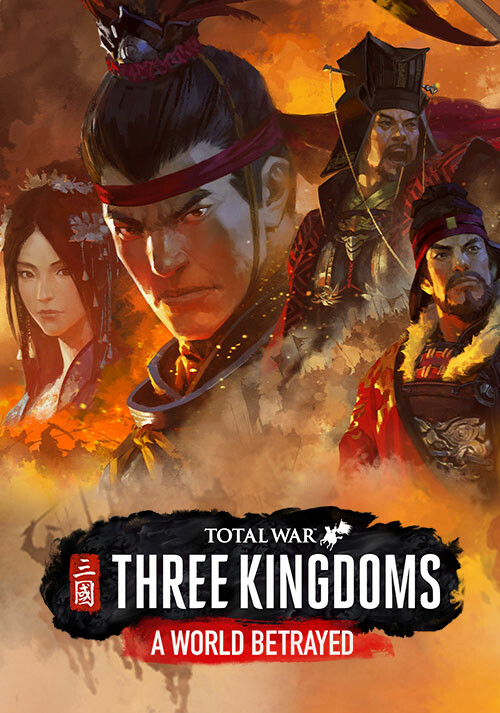 A World Betrayed portrays a seminal moment in the history of the Three Kingdoms. Many of the iconic warlords of Total War: THREE KINGDOMS have now passed on, a catalyst that has spurred a new generation of warlords into making a play for their own dynasties.

As well as adding in more factions to the South, A World Betrayed includes:*

The year is 194CE and Dong Zhuo, the seemingly unstoppable tyrant, has been dead for two years. But his death blow did not come from an enemy hand; the blade belonged to Lü Bu, his adoptive son.

Since Dong Zhuo’s death, Lü Bu has flirted with a number of allegiances, swiftly falling in (and out) with the warlords he finds around him. Having found further opportunities by taking Cao Cao’s land while he was away avenging the death of his father, he now flees from Cao Cao and his allies, seeking further means to prove his battle prowess and defeat the supposed heroes of China.

Meanwhile in the South, Sun Ce mourns his own father’s death, Sun Jian. Vowing to defend his legacy, he seeks expansion into the South, but can he keep his people safe and prove his worth beyond his father’s legacy?

With the world in turmoil, it’s up to you to carve out a path for your hero, and lay waste to anyone that stands in your way.

The legendary warrior Lü Bu may be fearsome in battle, but he is hasty when it comes to the intricacies of rule. At the start of his campaign players will find themselves locked in combat with Cao Cao’s main army. Fight your way out of Chen to survive and rally your forces for the next inevitable showdown. This is the only DLC in which Lü Bu and his faction become playable.

When playing as Lü Bu you also have access to two new units;

The military general Sun Ce is a vassal of Yuan Shu at the start of this campaign, as his father Sun Jian was before him. In Sun Ce’s campaign the player must grapple with decisions around the overlord; should Sun Ce stay loyal or should he rebel? With a desire to push South and conquer his homelands, Sun Ce has a fraught journey ahead of him.

When playing as Sun Ce you also have access to two new units and his father’s mercenary units.

As well as our two new factions, A World Betrayed sees a brand-new start date and brand-new challenges for the following returning factions:

HForHavoc TIPS & TRICKS without the Meme | A Total War: Three ...

HForHavoc PRE-PREVIEW BUILD ARMY MECHANICS IMPRESSIONS with Co...
Want to see your Let’s Play at Gamesplanet?
All Let's Play info is one click away