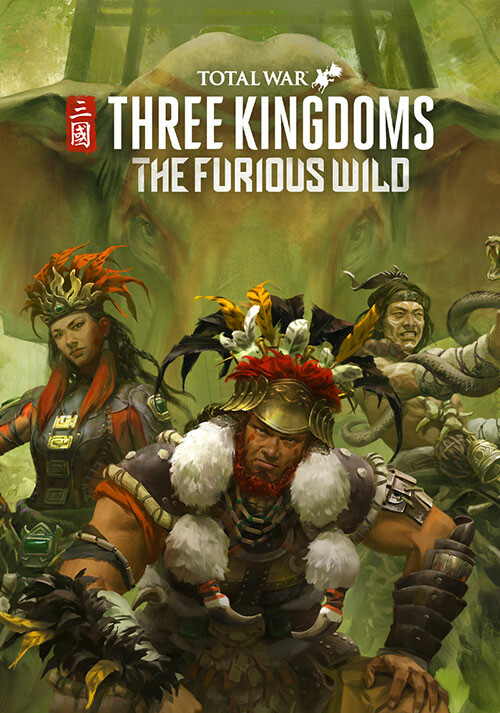 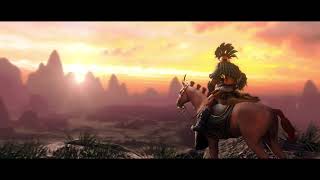 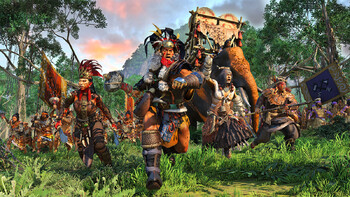 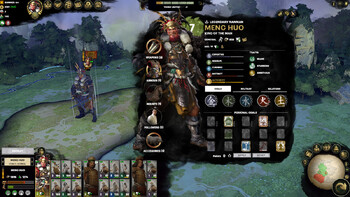 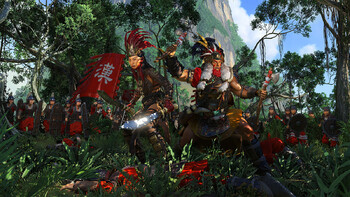 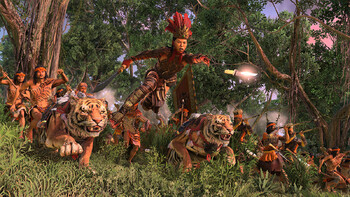 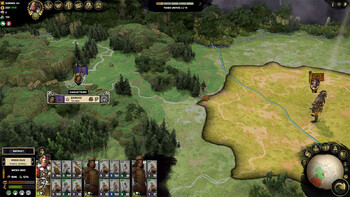 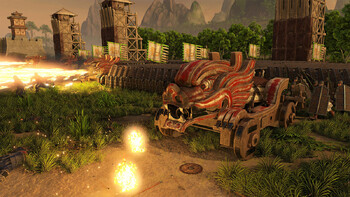 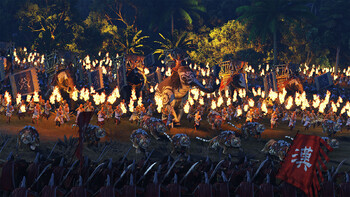 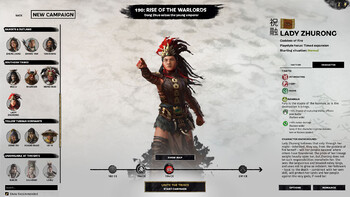 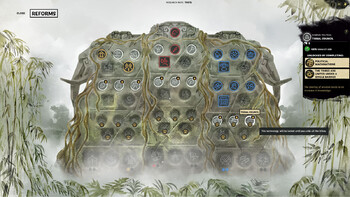 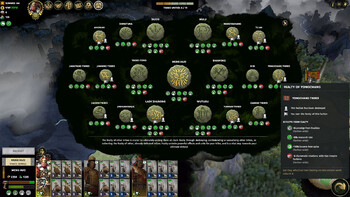 With the introduction of The Furious Wild Expansion Pack comes the first ever extension of the Total War: Three Kingdom’s map and its already rich cast of characters. Visit the jungles around Southern China and with it, the fearsome tribes of the Nanman. Will you unite the tribes of the south?

As well as expanding the Three Kingdoms map, The Furious Wild includes the new Nanman culture, adding diversity to the base game factions, units and playstyles:

Difference unites as much as it divides

In the verdant jungles of Southern China, forces so far unmet are stirring. The disparate tribes of the Nanman have for centuries lain divided, but now a new leader must emerge to unite them – by any means necessary.

The mighty warriors Meng Huo, King Mulu, Lady Zhurong and King Shamoke bring with them unique methods of battle, from flaming maces and blowpipes, to revered elephants and tigers. Separated they are vulnerable, together, they might just be unstoppable.

Play as any of the new playable Nanman factions in the years before their encounter with Zhuge Liang and his famous Southern Campaign. Experience the might of the Southern tribes, all while exploring new areas of the Three Kingdoms map. Can you unify these unique warriors and take on the mighty Han, or will jungle warfare take its toll on these newly formed allegiances?

Meng Huo
Having risen through the ranks of the Nanman tribes, Meng Huo has gained repute for his fierce but stubborn leadership. Loyal to his friends but merciless when it comes to his enemies, his tenacity garners him as much trouble as it does success. With one goal in mind – becoming the king of the Nanman – Meng Huo must look to his neighbours to help spread the flames of his rule.

When Meng Huo takes control over another Nanman faction, either by making an alliance or destroying them, he gains certain temporary bonuses. These bonuses can also be stacked, creating a rolling momentum that will surely bring Meng Huo the kingship he desires.

Lady Zhurong
A descendent of the god of fire, sparks fly when Lady Zhurong enters the battlefield. With a hot temper and an iron will, she seeks to expand her lands, and remove any obstacles in her way. Her passion seems impossible to rival, but there may just be allies closer than she thinks.

Across the seasons, Lady Zhurong accumulates points toward her Goddess of Fire mechanic. Once enough points have been gathered, players have the ability to activate her Wild Fire bonus; this formidable bonus makes her units near unbeatable in battle. The bonus changes according to the season it is activated within, and these powerful effects last across a series of turns. Once Wild Fire has burned out, Lady Zhurong is vulnerable for a short period and will need to recover before she can fight again without weakness, so time your expansion wisely.

You know what they say, ‘Pride always comes before a Ritual’, quite literally in the case of Mulu. During his campaign he will accumulate Pride, his faction’s pooled resource, according to the rank of characters he defeats in battle. Your faction will gain lucrative bonuses to animal units, such as an increase in unit capacity and even a decrease in recruitment cost, in line with the amount of Pride you have reached. Periodically, Mulu will take part in spiritual rituals, invoking the elements to grant additional distinct bonuses for his faction.

King Shamoke
Shamoke’s origins may be as murky as the dense jungle he controls, but his drive for power is all Nanman. As the ruler of the five valleys, several tribes have pledged their allegiance to him, but many remain wary of the leader. The Han’s interest in him has only deepened this suspicion. With both sides in opposition, Shamoke must choose where his loyalty truly lies, and neither choice is without cost.

Shamoke’s chief concern is uniting the Nanman under his rule, and so, his faction mechanic gives him bonuses according to what unification technique the player chooses to employ. Whether you conquer, subjugate or reform, power is yours for the taking and you will be rewarded for the followers you bring to your side.

THE BEST CAMPAIGN MAP I'VE EVER PLAYED IN TOTAL WAR ...

THE LION OF THE NORTH! Total War: Three Kingdoms - G...

What Happens When Everyone In Total War: Three Kingd...