Add Warhammer 40,000: Dawn of War II - Retribution to your wishlist 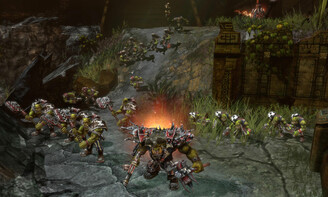 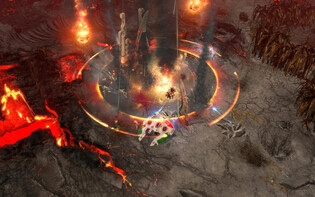 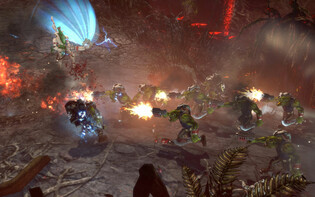 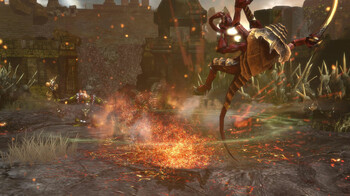 Buy Warhammer 40,000: Dawn of War II - Retribution as a Steam key at Gamesplanet.com

Command any of the six unique factions in the next stand alone expansion of the critically acclaimed Dawn of War real-time strategy franchise. Choose to build a massive army or lead your small squad of elite heroes into battle and experience a single player campaign customized to your faction. Go online and face off against your enemies and experience the fast brutal combat of the 41st millennium.

Warhammer 40,000: Dawn of War II - Retribution - Copyright © Games Workshop Limited 2011. Dawn of War, Retribution, the Dawn of War II logo, GW, Games Workshop, the Games Workshop logo, Space Marine, 40K, Warhammer, Warhammer 40,000 Device, the Double-headed Eagle device and all associated marks, logos, places, names, creatures, races and race insignia/devices/logos/symbols, vehicles, locations, weapons, units and unit insignia, characters, products, illustrations and images from the Dawn of War II - Retribution game and the Warhammer 40,000 universe are either ®, ™ and/or © Games Workshop Ltd 2000-2011, variably registered in the UK and other countries around the world, and used under license. All Rights Reserved. Developed by Relic Entertainment. AMD, the AMD Arrow logo, ATI, the ATI logo, AMD Athlon, Radeon and combinations thereof are trademarks of Advanced Micro Devices, Inc. SEGA, Relic Entertainment and their respective logos are trademarks and/or registered trademarks of SEGA. All rights reserved. All other trademarks, logos and copyrights are the property of their respective owners