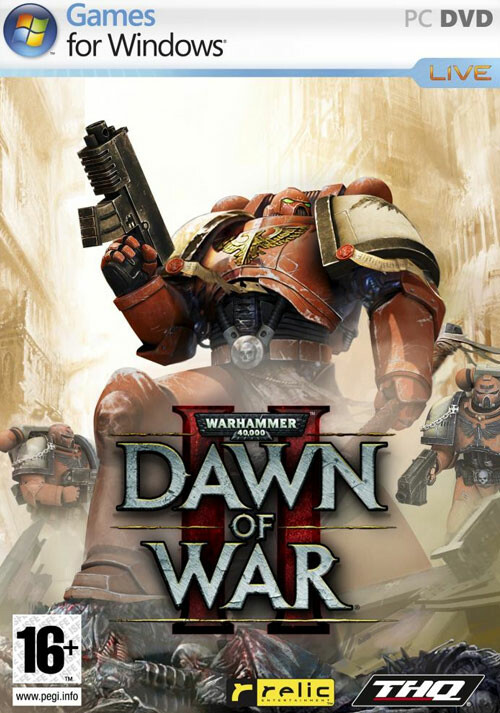 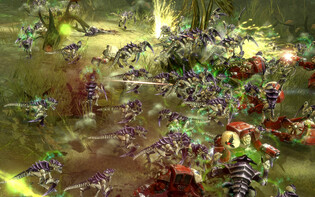 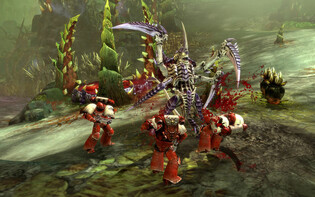 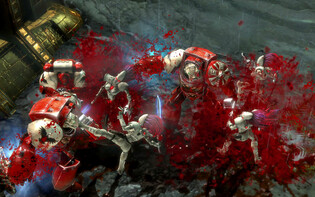 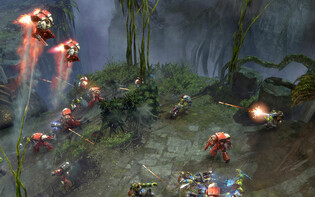 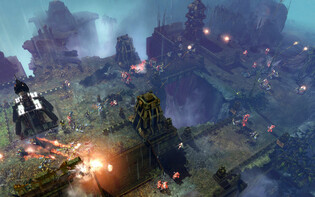 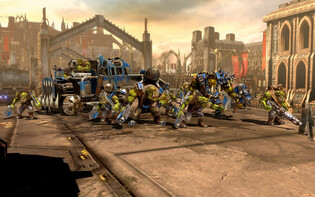 Buy Warhammer 40,000: Dawn of War II as a Steam key at Gamesplanet.com

It's the 41st Millennium in the Sub-Sector Aurelia - a cluster of worlds on the edge of the Galaxy - where a battle of epic proportions is about to commence. Ancient races will clash across the planets that dot this section of space, battling for the greatest of stakes - not only the claim to the land and its bounty - but the fate of each race.

Buy Dawn of War 2 here and you'll also get the exclusive Artificer Wargear Set. From the battle standard of the Blood Ravens to a mighty heavy bolter and a deadly chainsword, these five exclusive pieces of wargear give all your squads the edge against their countless enemies. Also includes an exclusive multiplayer map, the Marauders Chapter, and four additional army painter colors.

Warhammer 40,000: Dawn of War II - Copyright © Games Workshop Limited 2011. Dawn of War, the Dawn of War II logo, GW, Games Workshop, the Games Workshop logo, Space Marine, 40K, Warhammer, Warhammer 40,000 Device, the Double-headed Eagle device and all associated marks, logos, places, names, creatures, races and race insignia/devices/logos/symbols, vehicles, locations, weapons, units and unit insignia, characters, products, illustrations and images from the Dawn of War II - Retribution game and the Warhammer 40,000 universe are either ®, ™ and/or © Games Workshop Ltd 2000-2011, variably registered in the UK and other countries around the world, and used under license. All Rights Reserved. Developed by Relic Entertainment. AMD, the AMD Arrow logo, ATI, the ATI logo, AMD Athlon, Radeon and combinations thereof are trademarks of Advanced Micro Devices, Inc. SEGA, Relic Entertainment and their respective logos are trademarks and/or registered trademarks of SEGA. All rights reserved. All other trademarks, logos and copyrights are the property of their respective owners