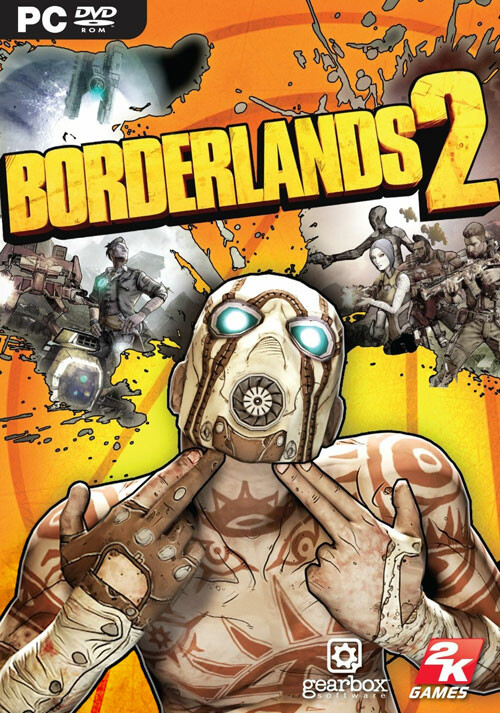 Add Borderlands 2 to your wishlist 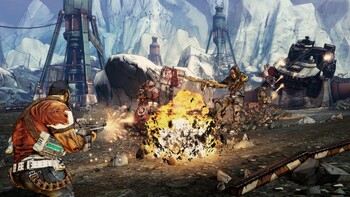 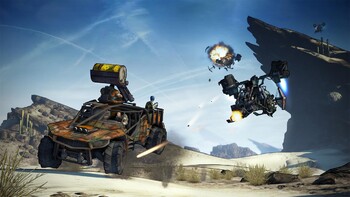 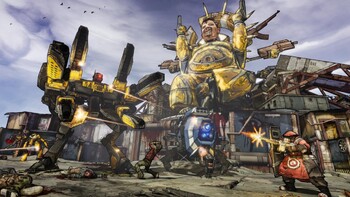 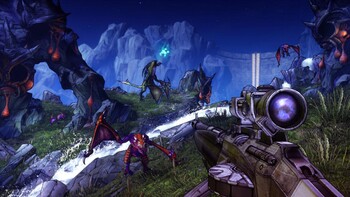 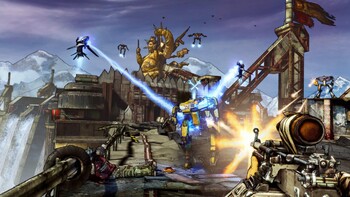 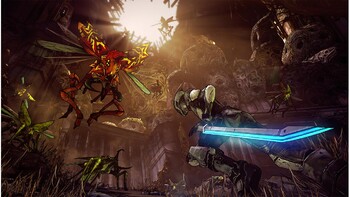 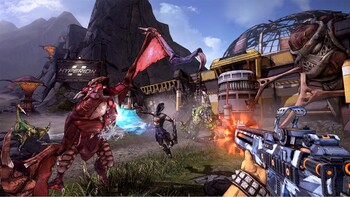 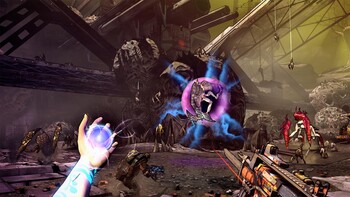 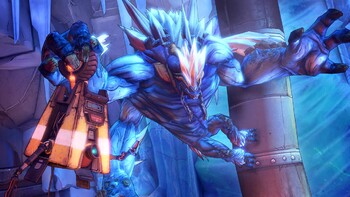 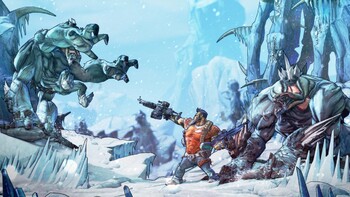 Buy Borderlands 2 as a Steam key at Gamesplanet.com

A new era of shoot and loot is about to begin. Play as one of four new vault hunters facing off against a massive new world of creatures, psychos and the evil mastermind, Handsome Jack. Make new friends, arm them with a bazillion weapons and fight alongside them in 4 player co-op or split-screen on a relentless quest for revenge and redemption across the undiscovered and unpredictable living planet.

Borderlands 2 follows the story of four new Vault Hunters as they fight to free Pandora from the clutches of Handsome Jack, the brilliant, charismatic, and utterly despicable CEO of the Hyperion Corporation.

Players will fight across the whole of Pandora to stop Jack from awakening an ancient alien evil known only as "the Warrior." Their quest will bring them into contact with some familiar faces from the old game – most notably, the original four Vault Hunters: Roland, Lilith, Brick and Mordecai. They, along with some brand new characters, will help players defeat Jack, destroy the Warrior, and save Pandora.

All-New Characters and Classes: Four all new playable classes including the Siren, the Commando, the Gunzerker and the Assassin. Step into the role of the Gunzerker, whose highly deadly skills allow him to dual-wield any two weapons found in the game. Not only that, you will build on that skill to do more things with two guns than you ever imagined possible. Dual machine guns? Cool. Dual rocket launchers? Of course! Dual Sniper Rifles? Sure, if that’s your thing! Want to try other styles? More tactical perhaps? There are multiple classes to choose from!

Play Online with Friends: Share your adventures with friends both online and via LAN through a seamless system enabling you to drop in and drop out of a campaign without ever having to restart the game.

World Connected Story: Left for dead in the frozen tundra of Pandora, begin your quest of revenge and redemption as the story drives you closer to the Hyperion Corporation and its evil founder, Handsome Jack.

New Badass Gun System: Millions upon millions of possible weapons means tons of new and innovative ways to engage foes on Pandora. Fire, electricity, corrosive acid, and more will all be at your disposal.

87 Bazillion...Everything: It's not just guns on Pandora, you will lust after procedurally generated shields,grenades, relics, class mods and much, much more.

Brand new environments: From the arctic tundra, through the dangerous grasslands, past the mysterious corrosive caverns to beyond, discover more of the unpredictable world of Pandora at every turn!

Brand new enemies: Hulking, gorilla-like Bullymongs, vicious predatory Stalkers and the Hyperion mechanical army, run by Handsome Jack, are just some of the new enemies you will face.

This game's launcher/setup tool may require the touchscreen or virtual keyboard, or have difficult to read text
This game sometimes shows mouse, keyboard, or non-Steam-Deck controller icons
Entering some text requires manually invoking the on-screen keyboard
This game supports Steam Deck's native display resolution but does not set it by default and may require you to configure the display resolution manually
All functionality is accessible when using the default controller configuration
In-game interface text is legible on Steam Deck
This game's default graphics configuration performs well on Steam Deck