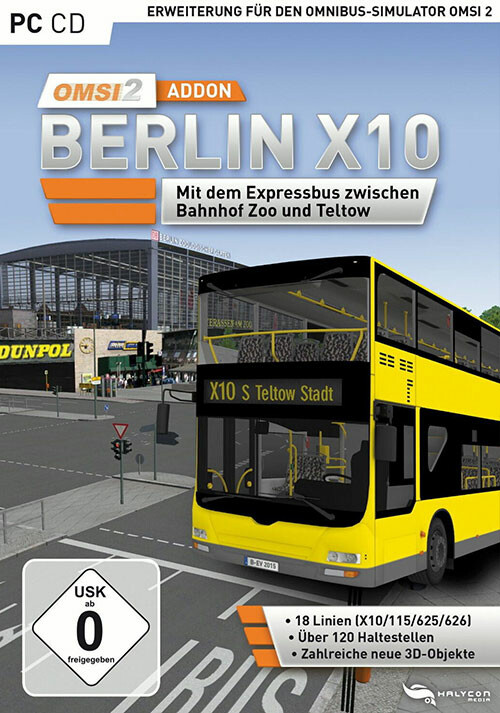 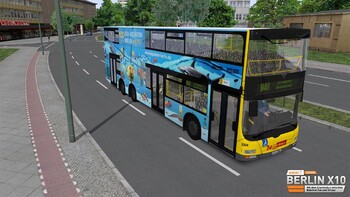 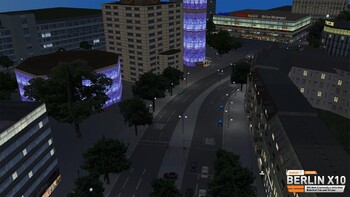 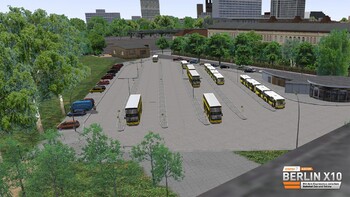 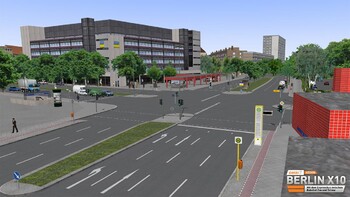 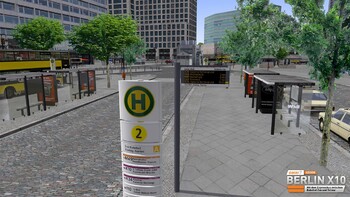 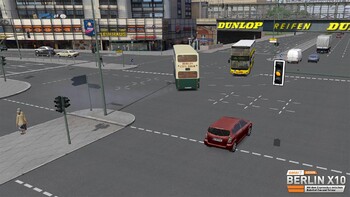 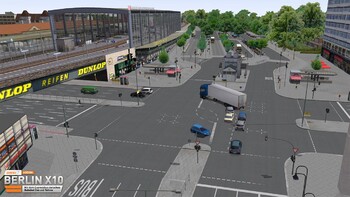 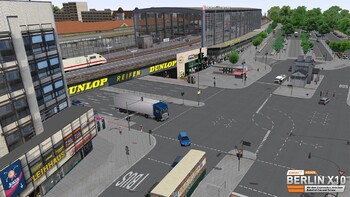 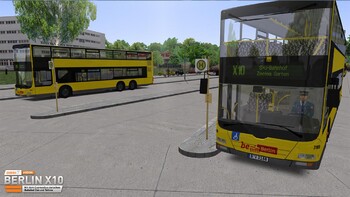 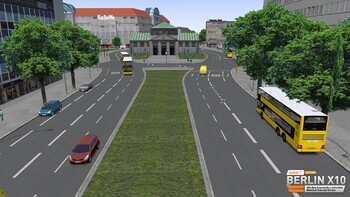 X10 Berlin - The express bus between City West and Brandenburg is the first add-on for "OMSI 2" created by the developers of Halycon. The modern Berlin out of the perspective of a bus driver is a captivating experience. It`s a challenge to take on the daily schedule without accidents.

The routing offers a huge variety. Starting in Berlin’s city centre, the player will experience the busy bus traffic at “Bahnhof Zoo” and the sights of Tauentzienstraße. Drive your way through the traffic of the shopping streets before taking the route through the extensive residential area along the Grunewald forest. Pass the middle-class Zehlendorf up to the city boundary which has marked an impassable obstacle until 1989. After one or two jams, you will reach Teltow, a suburb of Berlin with a long history.

The transport services of Berlin used to call the line X10 “Der Zehlendorfer Großstadt-Express” (The Zehlendorf Metropolitan Express), and yet it is only one of many lines you can drive in the large network of streets in this add-on!

Included is the MAN double-decker bus, adding even more realism and enhancing the fleet of OMSI with a modern vehicle. This particular bus characterises the cityscape of Berlin.

The manual, documentation, video images, software, and all the related materials are copyrighted and cannot be copied, photocopied, trans- lated or reduced to any electronic medium or machine legible form, neither completely nor in part, without the previous written consent of AEROSOFT. THE SOFTWARE IS FURNISHED «AS IS» AND IT DOES NOT COME FURNISHED WITH ANY GUARANTEE IMPLICIT OR EXPRESS.

THE AUTHOR DECLINES EVERY RESPONSIBILITY FOR CONTINGENT MALFUNCTIONS, DECELERATION, AND ANY DRAWBACK THAT SHOULD ARISE, USING THIS SOFTWARE. Copyright © 2013 AEROSOFT. All rights reserved. All trademarks and brand names are trademarks or regis- tered trademarks of the respective owners. Copyrights are serious stuff. If you find any pirated copies of this soft- ware please notify us at [email protected] We will make sure re- ports of copyrights violation are rewarded.