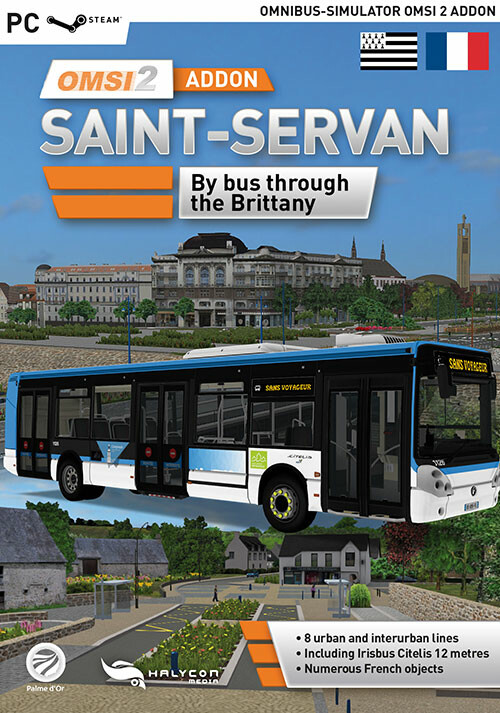 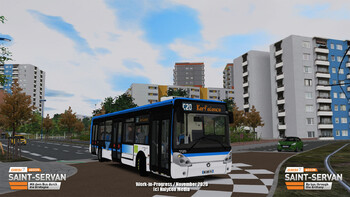 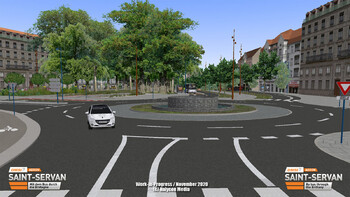 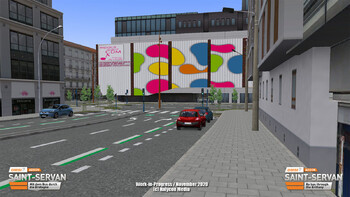 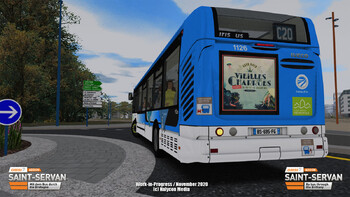 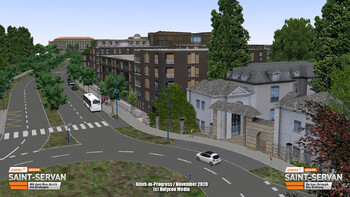 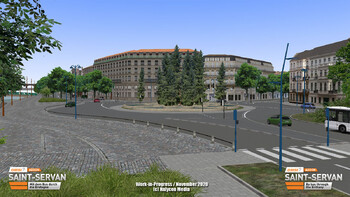 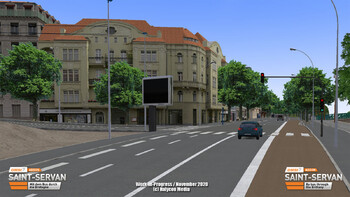 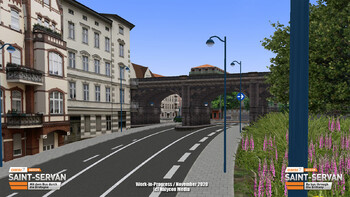 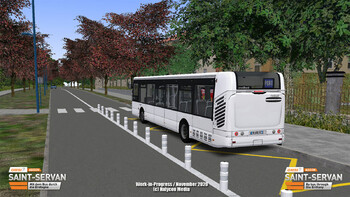 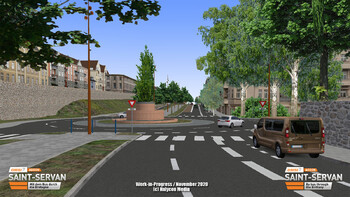 The metropolis of Saint-Servan, located in the Morbihan department of French Brittany, has 700,000 inhabitants and is situated in a natural, maritime environment typical of Brittany. The capital, Saint-Servan, has an atmosphere that very urban and busy like in the large cities of France, with highly frequented and large residential and working areas.

This whole area is served by the Palme d'Or network with almost 70 bus and tram lines, but also by the genuine Breizhgo regional network. Breizh is the Breton-Gaelic name of the Brittany.

The OMSI 2-AddOn Saint-Servan presents 8 lines of this large network connecting the center of Saint-Servan with the districts and villages in the north of the metropolis (such as Salérin, Monfort-sur-Rhé, Le Roc Saint-André, etc.), passing through historic landscapes, large residential areas of the 1960s, eco-districts of the 2000s, European business districts, but also hamlets, nature reserves, coastal roads and small Breton villages.

With a more urban and faster pace, the lines Chronobus C20 and C23 coexist as well as lines 25 and 204, which serve the local schools. There are also the so-called navette lines such as the 200, 201 and the zu Navette port.

The N2 night line also crosses the north of the city and serves the main residential and leisure areas.

In fact, the diversity of ambience is the keyword of this map, the secret of this French ambience lies in the inspiration of real places, but also in the creation of several hundred objects and splines that contribute to this impression.

With a very original atmosphere, Saint-Servan represents an experience not seen before in OMSI 2.

This map is fictitious in its globality, but many Breton places (such as the Vannes area in Brittany) have been reproduced in a realistic way : prominent points such as the famous island of Conleau but also some villages and districts have a high recognition value.

The Irisbus Cetelis in the 12 meter version is included, matching the French Brittany.

Copyright © 2020 AEROSOFT. All rights reserved. All trademarks and brand names are trademarks or registered trademarks of the respective owners. Copyrights are serious stuff. If you find any pirated copies of this soft- ware please notify us at. We will make sure reports of copyrights violation are rewarded.